The conventional theory of the cause of coronary artery disease has been driven by the so called “Diet Heart Hypothesis.” This was the idea that diets that were high in saturated fats raised blood cholesterol which caused atherosclerotic blockage of arteries. This was started by several flawed studies. The first was done by Nikolai Anichkov in 1913. He found that when he fed rabbits diets that were high in cholesterol, that they developed coronary atherosclerosis. This was and still is considered a groundbreaking study proving the role of cholesterol in heart disease. The problem was that rabbits are herbivores, not accustomed to eating cholesterol as there is no cholesterol in plant foods. Hence their bodies were not adapted to consuming dietary cholesterol. END_OF_DOCUMENT_TOKEN_TO_BE_REPLACED

The main problem that mainstream medicine and cardiologists have with low carb high fat diets is concern that “eating all that fat” will increase risk for heart disease. This concern was so great that Atkins was called before a senate committee where witnesses said that his diet was malpractice and was like mass murder. The problem is that the “cholesterol, diet, heart” hypothesis was adopted without any substantiating proof. What lead to the diet heart hypothesis was that there is cholesterol in the atherosclerotic lesion in arteries so researchers therefore believed that dietary cholesterol caused these lesions. In 1915 a researcher named Nikolai Anitschkow did a study where he fed rabbits diets high in cholesterol and they developed atherosclerotic lesions in their arteries. The problem was that rabbits END_OF_DOCUMENT_TOKEN_TO_BE_REPLACED

This is what censorship is. No one, and no thing, least of all Twitter, has that right https://t.co/0QGA79JFDb
View on Twitter
1
0

Does a low-carb diet harm coronary arteries? That's the upshot of a new study with 2226 adults over 8 yr

BUT "Low carb group"
👉ate 40% carb (not low!)
👉were more likely to smoke, be male
👉were less educated 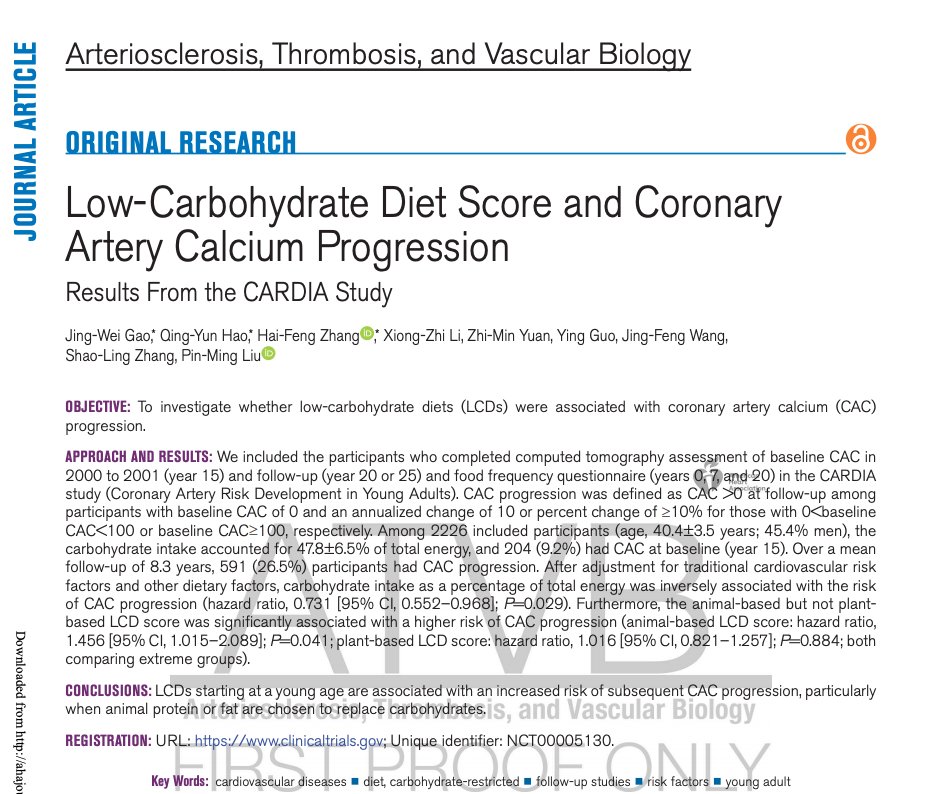 @stacey_rudin B Johnson is simply wrong. Uneducated. Devastating the people of Britain.
View on Twitter
1
0

Wrong again! The decimal-point theory has been debunked, apparently, although early estimates of iron content in spinach were overblown. Really interesting story, this: https://t.co/8miwJZg6lv https://t.co/IMw10ZkAfD
View on Twitter
17
0

This site uses cookies to enhance your browsing experience. Find out more.